In Their Own Words!

Some personal thoughts from international students, their parents and homestay families that have experienced what our Cultural Bridges team can do! 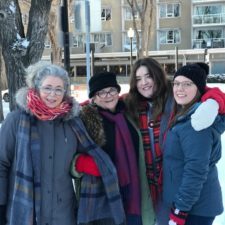 Malvina is always gracious and full of enthusiasm in implementing around cultural inclusion. Her passion is creating cultural and linguistic experiences for youth. Her programming is always filled with activities involving host families and students. As a Homestay Coordinator she exposed students to Saskatoon’s abundance of beautiful biking and walking trails as well as summer festivals. Malvina would include our winter’s beauty of frost on trees and fresh snowfall with skating events, toboggan festivities, and other winter adventures. 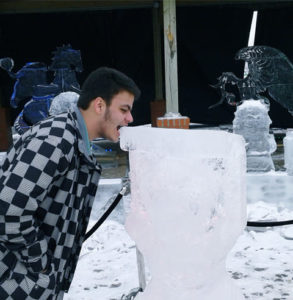 One of the most amazing experiences I ever had in my life!

Living in Saskatoon was one of the most amazing experiences I ever had in my life. I made lots of great memories and loved friends in there. I had the opportunity to have sunny and cold days, When I got there, it was 27°C and on winter, temperatures went to – 50°C and in BOTH situations there were a huge diversity of activities to do, like the boat trip in the Saskatchewan river, and ice-skating on winter (only a few of them). I miss Saskatoon because it felt like home all the time. <3 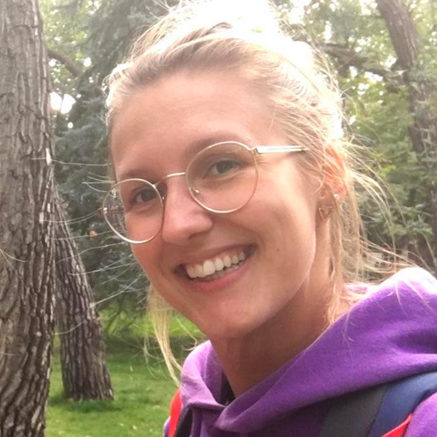 I couldn’t have asked for a greater time!

During my stay I not only made memories that will last for a life time, but also formed amazing friendships. While staying in Saskatoon over christmas with the program I wasn’t sure what to expect, but Malvina, Kelly and the kids just made me feel like I was at home! 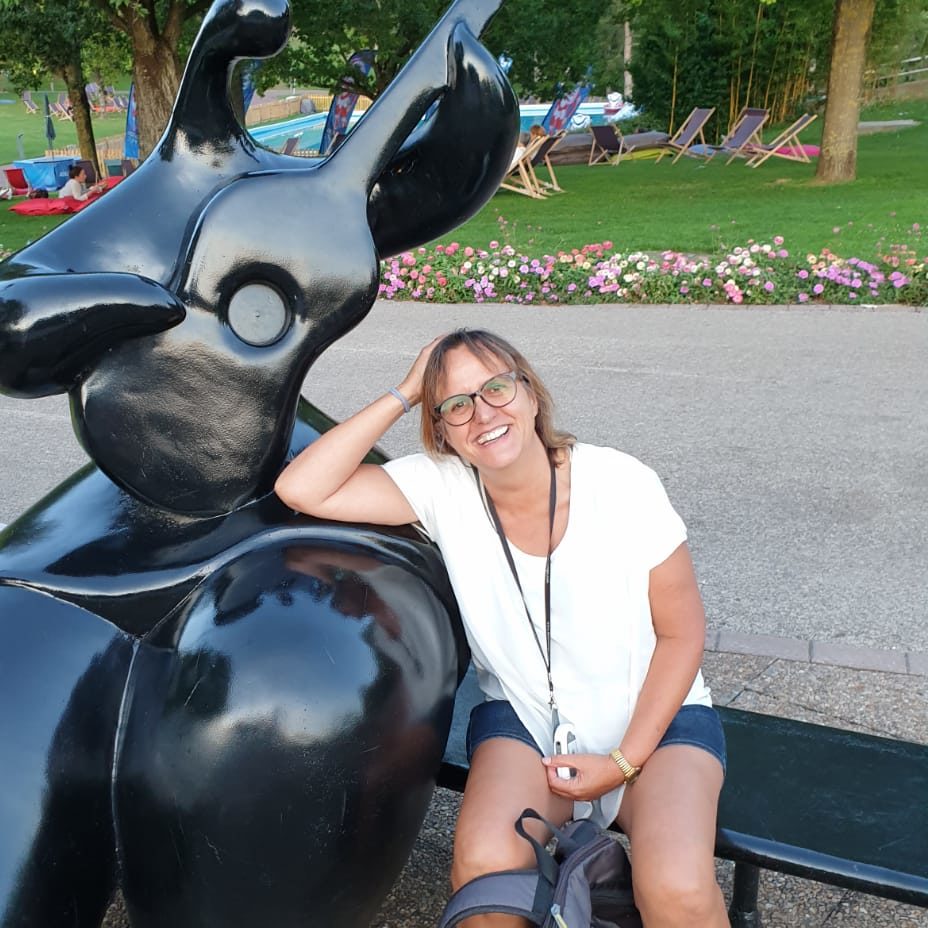 Marie found friends from Canada, China and Brazil, many of whom she is still in contact with years later!

Marie was young when she went to Saskatoon to attend high school for a year and as a mum I was concerned of what might happen. What did happen was that Malvina and Kelly offered support and solutions whenever our daughter ( or even we as parents, far away in Germany) felt uncomfortable. Phone calls and emails were answered quickly. What else happened is that Marie found friends from Canada, China and Brazil, many of whom she is still in contact with years later! Even we -as parents- were already invited to Canada and Brazil and we've enjoyed to meeting some of our daughter's Canadian friends and parents, as well as Malvina and Kelly in person! It couldn't have been any better! 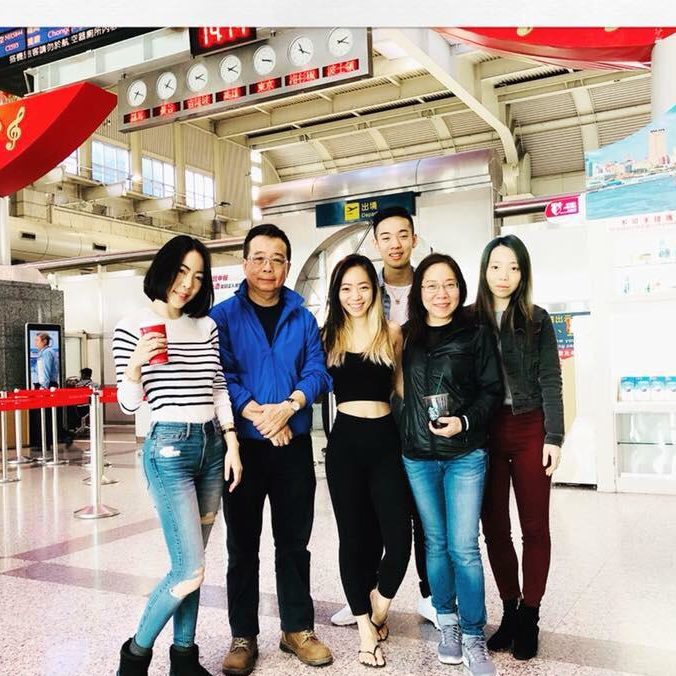 We were definitely comfortable for Jordan to stay there in Saskatoon when we know that Jordan got support from a such warm, kind, loving and righteous family.

Going to Saskatoon to study was always the plan for Jordan, it just a year earlier than we expected. Saskatoon has a great environment, beautiful streets and buildings, international culture and education and the ability for the kids to improve their English skills faster.But most important thing is that Kelly and Malvina were there with Jordan. We were definitely comfortable for Jordan to stay there in Saskatoon when we know that Jordan got support from a such warm, kind, loving and righteous family. We liked Saskatoon so much that we sent our daughter Sandy to a language program and our daughter Ivy to the University of Saskatchewan. Malvina and Kelly helped us with the whole process and took care of our children while they lived in Saskatoon. Today, both our younger daughters have graduated and Sandy is managing a company in Taiwan and Ivy works for a national corporation in Canada. Today, Jordan is staying at Victoria University in Melbourne, Australia, yet we are still thankful for all the supports from Malvina and Kelly. 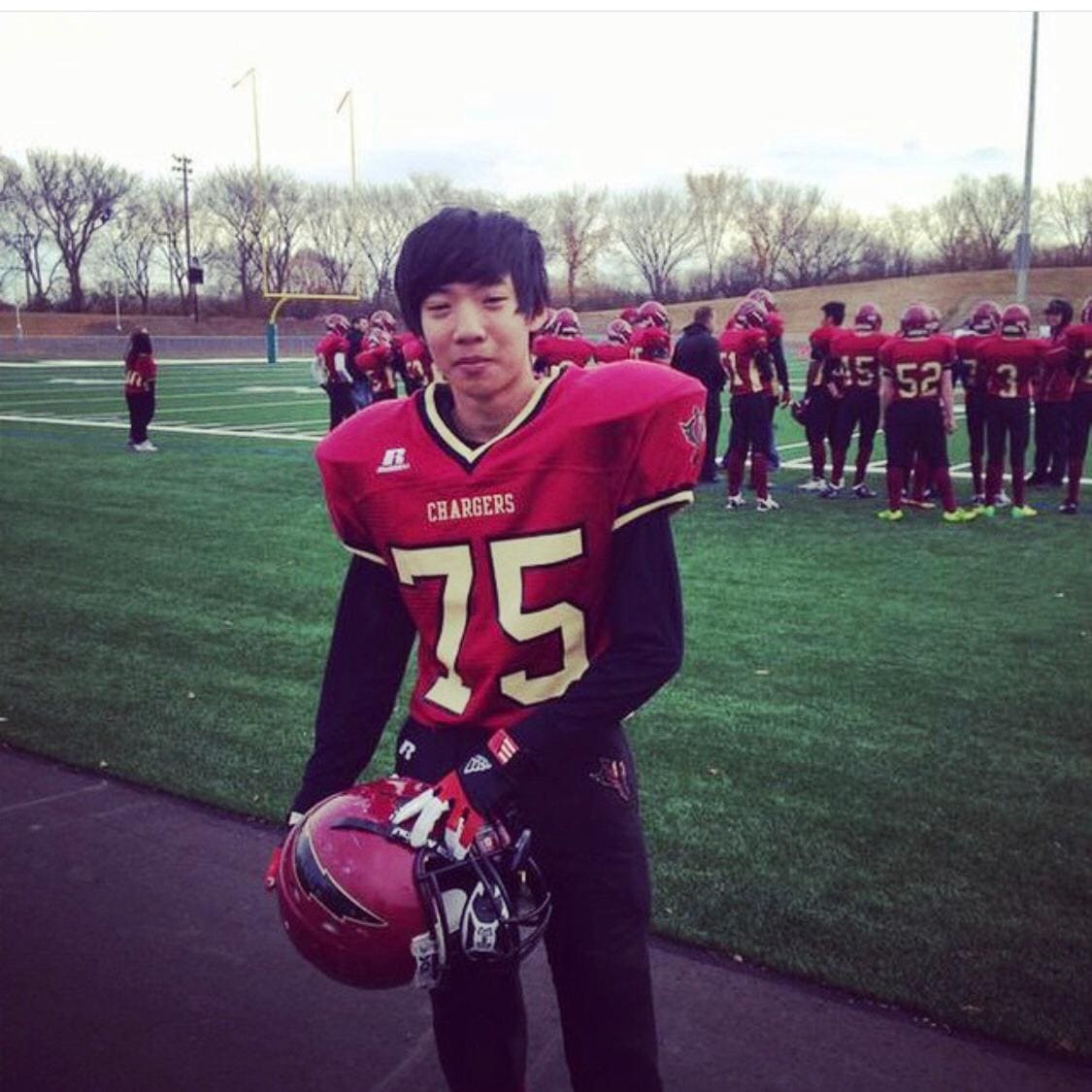 I made up my mind that I wanted an international experience.

Hi, my name is Jordan and I am from Taiwan, I went to Saskatoon to improve my English. At first, I choose to came to Saskatoon because I met Malvina and her husband Kelly, and as soon as I met them, I made up my mind that I wanted an international experience. I was studied at a local high school, which I can for sure say was my best school that I’ve ever been to. The school does not only focus on teaching kids basic English or math, they also focus on various sports, which provides us a great way to get away from all the studying. I remember I tried out some new sports that I thought would not even interest me, however, at the end I absolutely fall in love with wrestling and American football. One thing that you may be worried about might be the weather. I got to be honest with you, it’s not that cold at all, the temperature will not just dropped dramatically in a day or two. Therefore you body will get used to the temperature, so you don’t even feel the coldness. And if you think the only thing that you can do during the winter is staying at home and watch movie, You’re Wrong!!! There are plenty of things that you can do during winter, there’s ice hockey, snow boarding, ice skating, or even go to the famous Saskatchewan River to enjoy the amazing view of the frozen river!! If you think Saskatoon is too small a city and there is nothing there, you are wrong! There’s plenty of places that you can go shopping or have fun with your friends! There’s 8th street which has all the best foods and activities such as the movie theatre or even go for a game or two of bowling! And there’s also my favourite, the mid-town plaza! It is the best and biggest shopping centre in Saskatoon, it has all the shops that you will wanting to go! From local clothing brands to world wide selling brands!

While I was in Saskatoon, Malvina provides all kinds of support for me, from schooling all the way to getting used to the lifestyle of Canada. So don’t worry if you think you won’t fit in or be left, because that will not happen. 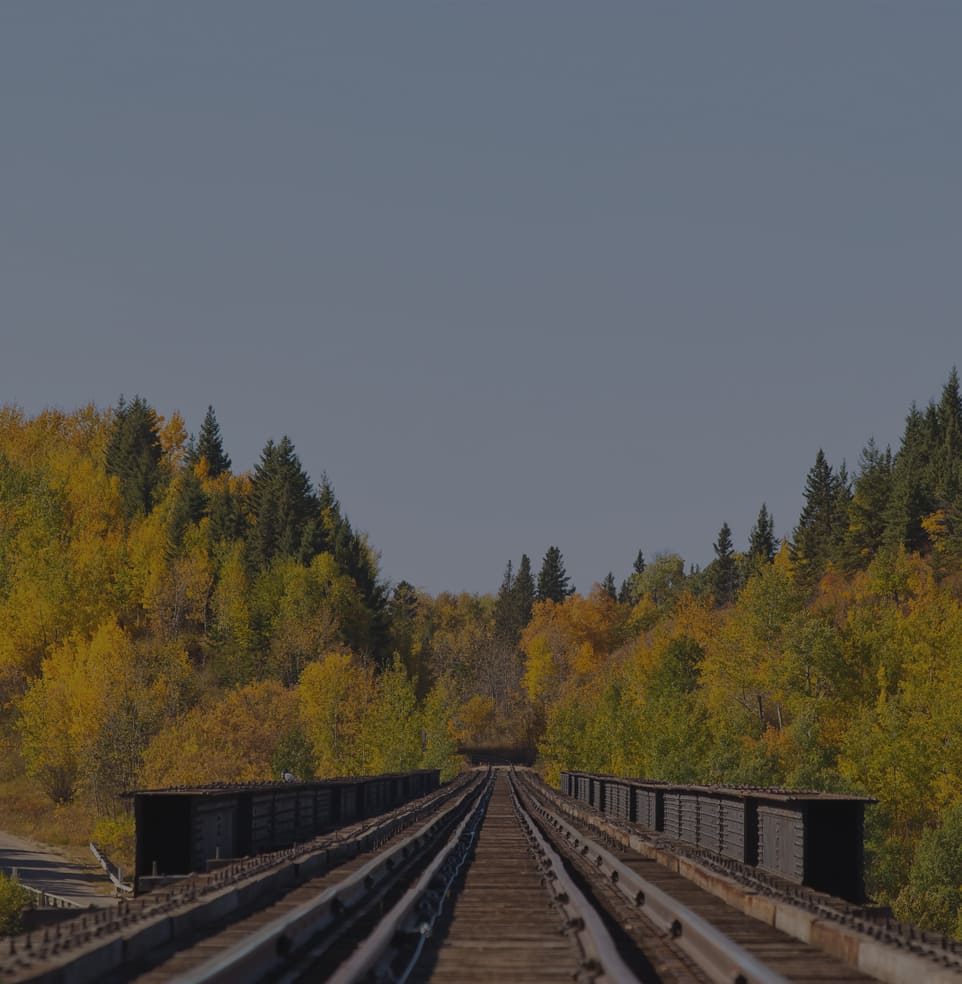 Our experience as a host family was great- we would definitely recommend Malvina.

When we were interested in becoming a host family for international students she provided us with information about the program and reassured us that once we became host parents she would be a phone call away. Which was true. She was always there when we needed her. 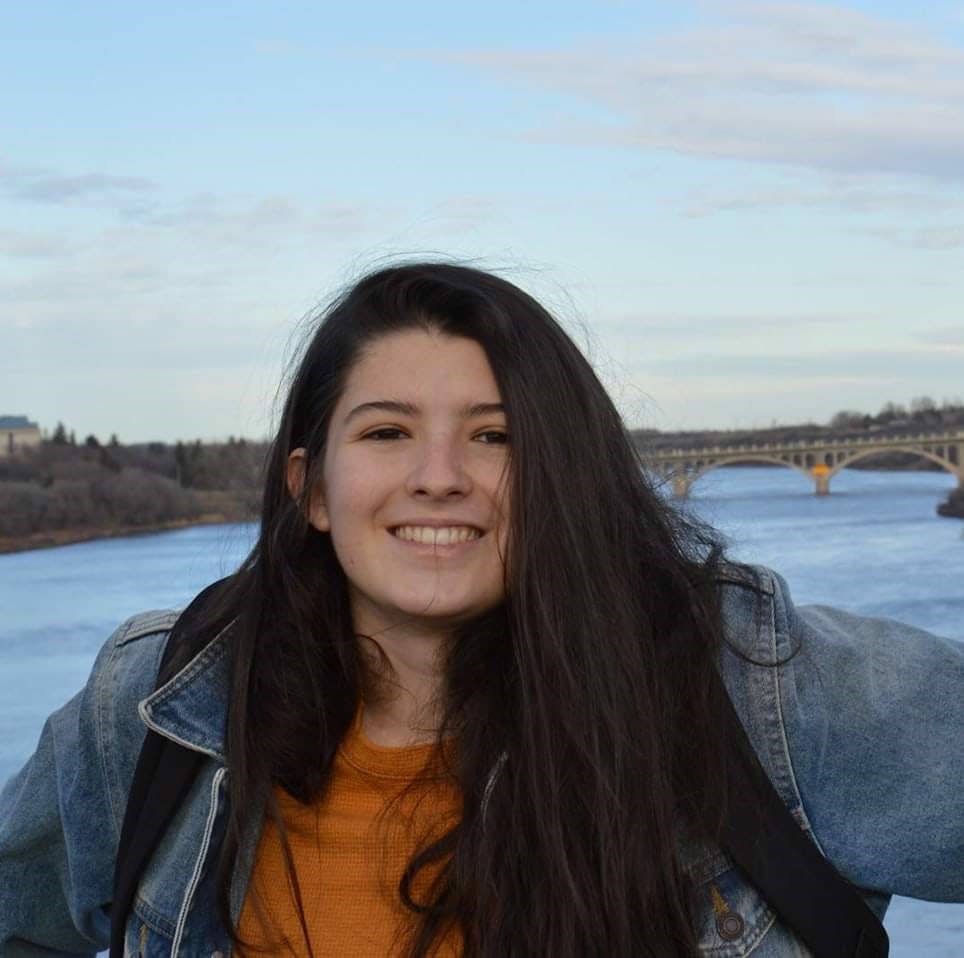 The year I spent in Saskatoon was an amazing and life-changing experience.

Attending a Canadian high school, I was able to learn and try so many new things that I otherwise wouldn’t have had the opportunity to. There are so many interesting academic and extracurricular activities at school that you can take part in. I personally enjoyed joining all the sports clubs that I could, such as soccer, curling, wrestling, track and field, flag football and canoe club (with which went on a three day camping trip through Saskatchewan). As well as this, I was able to take classes such as Photography, Guitar and Special PhysEd (where I also got to try different sports every few weeks), and I even took part in one of the school’s theatre productions!

Getting involved in so many activities not only helped me make so many new friends which I am still in contact with today, but I also received a school award for participation at the end of the year. All in all, living in Saskatoon was a great and enriching experience which made me more confident to try new things, and I would recommend it to anyone who has the opportunity.

The year I spent in Saskatoon was an amazing and life-changing experience.

My experience in Saskatoon was wonderful, showing me so much more of a small northern Canadian city. I found multiple knowledge, I could understand beyond the English I had. I could understand more about myself and the people around me.

I met international and Canadian friends, went to some places with them, like downtown, where we can find different game houses, sky, cinemas and restaurants than Brazilians are used to. There is hockey game where I went twice with my family, once in Saskatoon and other in Edmonton, where we were staying in an amazing hotel where each floor was themed. We were able to go to a water park with amazing entertainment and an amusement park, all within one of America's largest mall.

But the difference of my trip was the amazing family that I was creating amazing bonds that allowed me to better understand the language, the culture and how love can be sown in exchange! I had great days and horrible days for not knowing the language, but all those bad days could have been worse had it not been for the support of my Canadian family ,who made me believe in myself more and not feel ashamed not to understand English. I believe that if it weren’t for everything ,I went through today I would not have achieved my goals with the exchange and not exceeded those goals! . 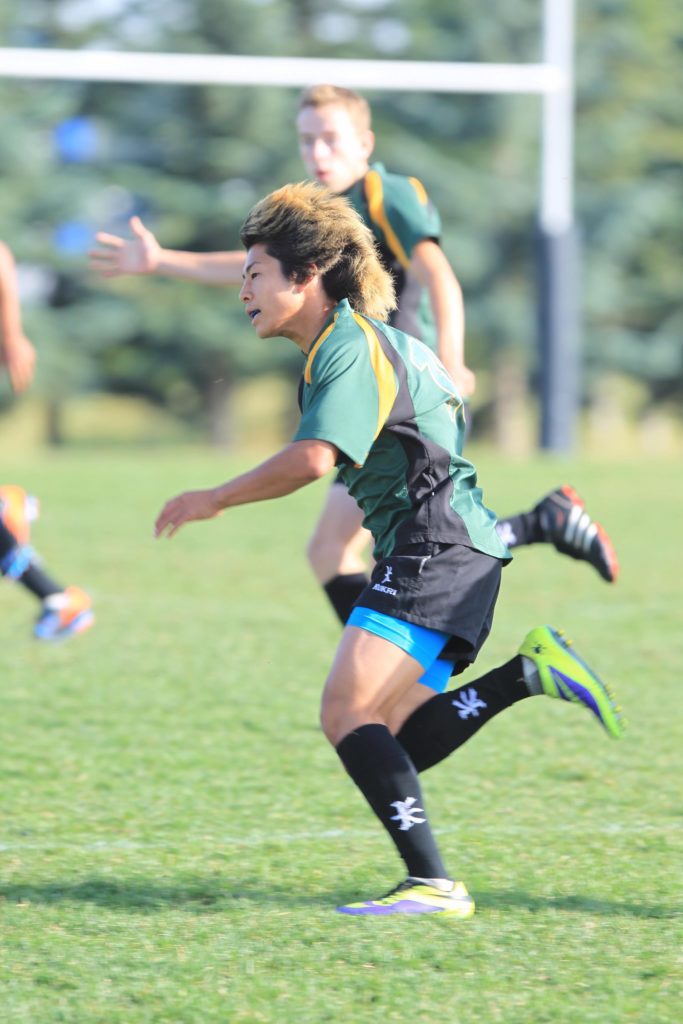 Living in Stoon (meaning Saskatoon in the Prairies) helped me immersing myself into the Canadian culture. I lived with Malvina, Kelly and my brothers from another mother, Andres and Jordan. For all my challenging moments, Malvina and Kelly were always there for me. As the name of their organization suggests living with Malvina and Kelly was the bridge that led me into the Canadian culture.
Malvina and Kelly treated me like family. For example, we went together on a trip to the Caribbean. They attended my Teacher and Parents’ Day. They came to cheer my rugby championship games and more. I believe that having them is just like being Aladdin with Genie. I bet there would be a lot of Prince Ali being saved by Malvina and Kelly just like I was.
Take advantage of the preserved Canadian culture and spirits in S’toon (Saskatoon for local) Enjoy it!! You won’t regret it.